Pets are helpful companions in battles, especially as supporters.

Many players have no idea where to get pets, actually it’s rather simple to obtain. Just wait till the 19th day since server launch, you will be given a Marnie for free, or else you can get Fat Dada anytime you want with your first top-up. Other pets can be found in the Monthly Sale Pack tab.

The deployed pet will fight in the default lineup. Deployed pets and aid pets will provide attributes bonuses to heroes of the team.

These are some of the current pets that can be acquired: (Skills at lv. 1) 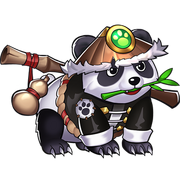 Power of Panda: Each attacks restores 30% HP of its attack and reduce 5% DEF of the target for 1 turn. 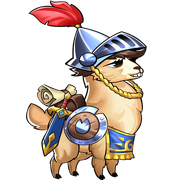 Water Shield: Releases Shields for Allies and shields will provide HP of 100% ATK of pets, and increases 5% Tenacity and 5% CRIT Resist for 2 Turns.

Mani Light: Normal attacks wind targets for 2 Turns: add shield for the ally with the lowest HP when each turns starts. Shield is 10% of Pet Max HP. 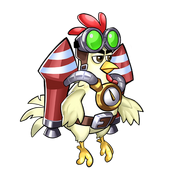 Bombing: Deal 80% damage to all enemies and add 2 layers of 20% ATK DMG Scorching effects for 2 turns.

Gunpowerder Madman: Normal attack Scorch a random enemy for 2 turns and each turn deals 80% DMG. When HP is less than 30%, all Scorch DMG on the enemy will be detonated (triggered only once).

Adolescent pets can engage in copulation, after which they will go into adulthood. The skills and stats of the new generation would be better, excelling the last generation! And their passive skill can help boosting your BP significantly!

The growth and aptitude of pets are greatly influential to the stats and BP of players, we might as well say “A wrong choice in pets is half the defeat”. Simply put, the Growth of pets affects the stats of the entire team, both Deployed Pets and Aid Pets can offer stat boost to all heroes in the lineup. As for the aptitude of pets, it affects the combat abilities of the pets themselves. To make the most of pets’ boost in lineup BP, you should pay more attention to their own stats.The order of importance of the three boosts should be Pet Growth > Pet Skill > Pet Aptitude.

To let your pet grow, you need to feed them with pet food. There are two kinds of pet food: Common Pet Food and Advanced Pet Food. Advanced Pet Food can be used directly in Pet interface and raise the level of your pet right away, while Common Per Food need to be used in Feed interface, with every 6 minutes consumes one Common Pet Food. Players can give pet food to each other in the Feed interface, you may also “plunder” from your friends.

In other words, you can choose boost your BP by proactively choosing which pet to cultivate and when to change its growth stage. If you are not satisfied with the pet, just simply sell it and take back the resources, and use them in cultivating more powerful pets. That is the way to lower your cost in pet cultivation.

As for the Dating system, you just need to figure out the several interface.

First is the Date interface where you can filter and browse dating information from other players. You can respond to whichever you want and send your application.

The second interface is My Pet. As its name implies, it showcases all the pets you own. Here you can check the introduction and other details of your pets, and send out dating application as well.

Last interface is the Date Result. Players can check the dating results and obtain the next generation of pets.

Simply put, the basic strategies in cultivating pets are:

Selling and Reborning are both feasible ways to restore resources consumed.

When a new pet is acquired, the pet will have its own active and passive skills. The quantity and type of the rest Passive Skills are obtained at random. Skills books can upgrade pet skills.

These are all passive skill that you can acquire: (Skills at lv. 1)

Anger Burst: Have a 10% chance to Stun 2 enemies for 2 turns when releasing anger.

Attack First: Have a 25% chance to attack first at the beginning of the battle.

Deter: When attacked, there is a 30% chance to reduce target 10 Energy.

Erosion: Each attack reduces the targets DEF by 10% for each turn.

Inspire: Increase 5% DMG Immunity for Allies when in battle.

Inspire: Increase 5% DMG Amplification for Allies when in battle.

Power of Unity: Each alive ally grants you 1% DMG Immunity and 1% DMG Amplification.

Resentful Spirit Possession: Have a 25% to stun 1 enemy for 2 turns when any hero dies in battle.

Self-Sacrifice: Restore 5% of the Max HP for 2 allies with the lowest HP when die.

Tank Killer: Damage dealt to the enemy whose HP is more than 50% is increased by 10%.

Thorns: When attacked, there is a 10% chance to reflect 50% damage received.

Unyielding: There is a 5% chance to retain 1 HP when receiving fatal damage, and restoring 10% of your Max HP.

Retrieved from "https://brave-dungeon.fandom.com/wiki/Pets?oldid=1257"
Community content is available under CC-BY-SA unless otherwise noted.